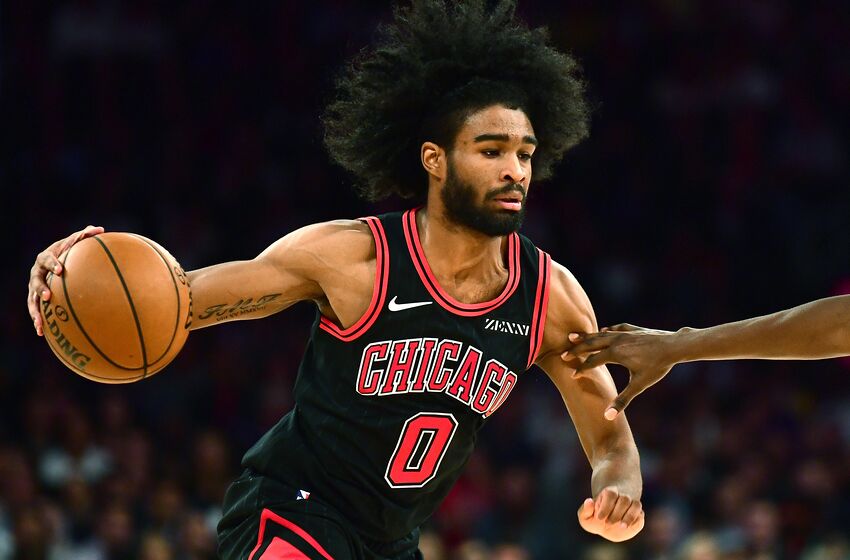 NEW YORK, NEW YORK - OCTOBER 28: Coby White #0 of the Chicago Bulls drives in the second half of their game against the New York Knicks at Madison Square Garden on October 28, 2019 in New York City. NOTE TO USER: User expressly acknowledges and agrees that, by downloading and or using this Photograph, user is consenting to the terms and conditions of the Getty Images License Agreement. (Photo by Emilee Chinn/Getty Images)

Former University of North Carolina standout and current Chicago Bulls reserve point guard Coby White has had his fair share of ups and downs during his first NBA season. Friday night marked his best performance of the new year, coming off the Chicago bench to scorch the Indiana Pacers for 23 points in 29 minutes of game action.

White hit 8-of-17 shots from the floor, and 5-of-9 from three-point range, and he was a big reason that the Bulls stuck around as long as they did. The 6-foot-4, 195-pound White added five rebounds, an assist and a steal alongside Chicago’s Zach LaVine, who put together another tremendous performance — his 43 points and eight made three-pointers led the way for the Bulls — despite coming up short in the end.

THE ROOK IS ON FIRE pic.twitter.com/7m0RXiyzZv

For White, it was his third double-digit scoring performance in a row, and sixth in the last nine games. It was his 13th game of the season with at least three made three-pointers, and his fourth with five or more.

He struggled out of the gates in 2020, scoring just six points in back-to-back games against the Jazz and Celtics. Since then, though, he’s shooting better than 51 percent from the floor and 50 percent from beyond the arc.

Despite LaVine’s ridiculous play and White’s spark off the bench, the Bulls are winless during that span. They’ve lost six games in a row, and eight of their last 11. Aside from LaVine, the Bulls have struggled with consistency, White included. That’s common, though, for a team with as many young players as Chicago has on its roster.

White will look to stay hot when the Bulls take the court against the Detroit Pistons on January 11.

Stick with Keeping It Heel for all the latest on Coby White, and UNC basketball alumni throughout the NBA and around the globe.